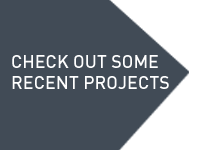 Sadly missed already, the London 2012 Olympics were a great success especially for Team GB and here at Arrow Technik we had the pleasure of sharing the once in a lifetime experience – working flat out for months to craft world-class displays for the Olympic and Paralympic Athletes’ Village.

In association with Procter & Gamble, Arrow Technik is pleased to say that we produced the fittings and displays for the Olympic Beauty & Grooming Salon and Spa.

Officially unveiled in July just weeks before the Games, the Olympic Village facilities were used by an amazing 16,000 Olympic athletes, 6,200 Paralympians and team officials from more than 200 competing countries worldwide.

Based in both the Media Suite and Olympic Village, the salon was manned by an elite international team of hair specialists and beauticians, including stylists from Wella Professionals and Sassoon.

Visited by some of the best names in sports such as Jessica Ennis, Victoria Pendleton and Sir Chris Hoy – who also make up Procter & Gamble’s 11 UK athlete brand ambassadors, Arrow Technik was hugely honoured and proud to be part of the 2012 London Olympics in this way.

In what we hope will be a long-term partnership, Procter & Gamble also announced a fantastic 10-year sponsorship deal with the International Olympic Committee (IOC). Encompassing the next four Games until 2020, we’re excited at the prospect of adding Russia, Brazil and Korea to our books…so here’s to the future.

Arrow Technik has over 25 years’ experience designing and building bespoke exhibition stands worldwide. Renowned for bring brands to life, find out more about what we do on our brand new website. Don’t forget to like the Arrow Technik Facebook page and follow us on Twitter for more news and our latest design projects.